If you grew up Catholic like I did,  you may be familiar with guilt. But eating guilt?

Even the Duchess of Sussex, Meghan Markle has her list of guilty pleasure foods.

Through the years, especially if we’re battling weight gain or health decline, food guilt can steal enjoyment from life.

And with so many opinions on what we should and shouldn’t be eating, sometimes it’s difficult to even know which foods we should be feeling guilty about.

Well, in this article I say… EAT WITHOUT GUILT.

Follow my Bookending strategy below, and save feeling guilty for other things… (especially if you’re  Catholic.)

Please share the “End Eating Guilt With Bookending” with your friends and family by clicking a social media buttons below:

What Is Eating Guilt?

For one, it is unnecessary pain and remorse over food.

And I say “unnecessary” pain because the actual urge to eat,  and I’m talking about cravings, are more than controllable.

Control Over Eating Will Not End Well

Don’t misunderstand. To be clear, when I use the word control I am referring to the source of the cravings, not the cravings themselves. Controlling cravings with will-power and martyrdom never works….for long.  You don’t want to try to control cravings… or your eating for that matter. That is NOT a recipe for weight loss success.

And it most certainly won’t get rid of the eating guilt.

You may also recognize there’s a lot of emphasis on ‘control’ when it comes to food. You see it stated in other forms like…

Oh yes… behavior modification is the latest food control newcomer to the diet and health scene.

Since 95% Of All Diets Fail and All The Past Decade’s Nutritious Eating Directives Have Made Matters Worse – Now They Tell Us, It’s Our Behavior??

Behavior modification has become the new buzz word in the nutrition, weight loss and fitness industry.

They have so miserably failed us with all their exercise and “nutritious eating”, they’ve run out of excuses why what they recommend doesn’t work.

[The image below is from the cover of the IDEA WORLD Fitness Summit. The focus this year is Nutrition & BEHAVIOR CHANGE.] 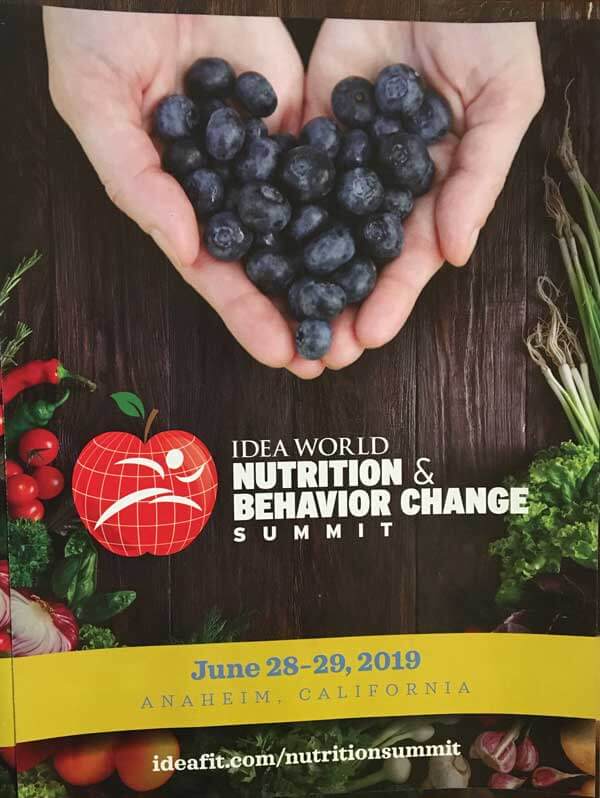 So now their strategy is to tell us, “No, no… your inability to lose weight isn’t our fault, it’s your behavior.”

So, that’s one of the reasons I titled this post, “End Eating Guilt With Bookending”.

Bookending is a very effective way to deal with special events, holidays and other occasions when you just want to enjoy yourself and not be beaten down by decision fatigue and food regret.

But the best strategy by far to defeat guilt, weight gain, and health decline is to simply… Forget To Eat™.

You can learn more about how to Forget To Eat™ here.

How To Use Intermittent Fasting Bookending To End Eating Guilt

Intermittent fasting is catching on like wildfire. And that’s a good thing because it’s an important piece of the ‘achieve optimal health’ puzzle. But intermittent fasting comes in as many shades as there are colors. Fasting variations include Eating Windows, Meal Spacing and Bookending.

You can learn more about Fasting Windows and Meal Spacing in my previous article.

But in this post, we dive a little deeper into my Bookending fasting strategy.

We use the term ‘bookending’ to describe a fasting strategy that’s particularly useful during the holiday season or for times when we know food is going to take center stage.

It could be a special event like a wedding, a holiday celebration or vacation.

The concept of bookending is pretty much what it implies. You bookend the feasting with fasting.

So, let’s use one of our most popular ‘eating’ holidays, Thanksgiving as an example.

An Eating Guilt Classic… is eradicated with The Thanksgiving Bookend

We all know that as we age, the holidays usually mean we get a little bigger. Yearly weight gain happens during the holidays. There seems to be no way around it. Holiday foods are not just high-calorie foods, but they’re high glucose foods. They’re high carbohydrate foods.

Using this strategy to bookend your ‘feasting day’ with a day of less eating before and after, really is smart.

The Disappearance Of Belly Fat Is Directly Related To Health Gain

I always say the SHIFT community is not about appearances. We’re about disappearances.

It’s not about the belt being too tight. Or being unable to reach down and touch our toes.

It’s really about all the health losses that accumulate. The gradual disappearance of health.

People don’t realize that belly fat actually behaves like a gland or an organ. The visceral fat itself  secretes inflammatory signals.

I think about all the women battling breast cancer. How many of them have that pear shape, carrying excess waist weight?

So, to get the estrogen down, reducing belly fat is critical.

That is not going to help anyone reduce belly fat. You need to know a little more.

Whoops, I’ve gotten off track.  Back to bookending…

Bookending is just a common-sense approach.

Eat less on Wednesday, the day before Thanksgiving.

Then have your guilt-free Thanksgiving feast.

Now, there’s no need to deprive yourself at the dinner table. And I guarantee, that will be the best tasting Thanksgiving dinner you’ve had since you were 10 years-old.

Then complete your bookend with an extended fast on Friday.

"If we didn't have cravings, none of us would have any problem losing weight or getting healthy." 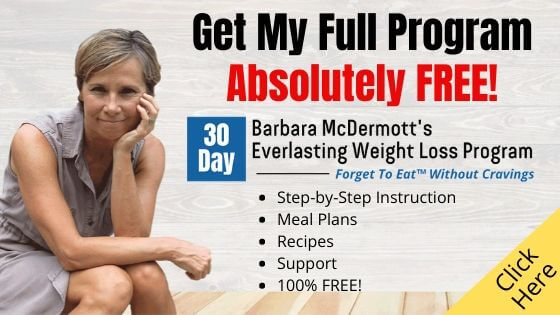 How To Bookend / Intermittent Fast Without Being Hungry

But, my clients are using this bookending strategy, effortlessly every day.

Since they just aren’t craving, or even hungry most of the day… they aren’t eating. We Forget to Eat. Often.

I know that sounds crazy, but it’s actually a thing.

Now, we do get hungry. But what we don’t get are cravings. Cravings get canceled out.

All of those would be resolved, if not completely eradicated, if we forgot to eat more often.

If we didn’t have cravings, none of us would have any problem losing weight or getting healthy.

Well, there is a way. There’s actually an easy, effortless way to cancel cravings out completely. Yes completely.

And do it almost instantly.

We’ve had people say, “My life was changed in three hours.”. After a lifelong struggle with cravings, it took them just 3 hours to get relief. Cravings can indeed be cancelled out.

The Fat In Isolation Concept

I developed a concept I call ‘fat in isolation’.

It’s understanding how to use dietary fat strategically to cancel your cravings. And I’ve lost count of all the people whose lives are so much better now because of that concept.

Recently we recorded a Forget To Eat™ Podcast episode with Wayne Lachat.

And in it, Wayne talks about being a decades-long ‘carboholic’. But, within hours of following our Forget To Eat™ Method, his cravings were gone.

Not only was he not craving any longer, but those foods that used to call to him, he no longer cared about.

The important part, however, is that his relief from cravings continues. It’s not a one day, one week or even one month thing.

Some SHIFT Insiders are going on five, six and seven years… cravings-free.

And Here’s The Bigger Power… You Get To “Dine In”

Once you introduce dietary fats strategically to cancel out those cravings, you then learn a thing or two about how to keep those natural fasting waves coming. You never force a fast.  Ever.

This is when you experience your innate power, Dining In. That’s when you are operating on your stored energy.

You know, your body fat is powerful fuel.

Watch: FAT… Use It To Lose It

But for most of us, that body fat is trapped.

So instead of using your body fat, you’re stuck in an existence where you lug it around all day.

It’s like carrying a delicious lunch around with you all day long. It’s heavy. And it’s exhausting hauling the weight of the lunchbox around all day.

And to add insult to injury, you are literally starving most of the day, but you don’t have the key that opens your lunchbox. So instead of dining in on that delicious lunch inside your lunchbox, you’re forced to graze on other inferior foods.

But the insult doesn’t end there because, a percentage of those foods get converted to body fat making your lunchbox bigger and heavier to carry tomorrow.

So we lug the stored fuel around while we crave sugar fuel virtually all hours of the day and night, and each day the burden gets heavier and the cravings get stronger.

Sadly, most of us have no idea how quickly we can cancel out those cravings.

And once cravings are canceled… then you can start using your stored fuel… body fat.

There Is No Losing Or Melting Body Fat

You see, no one loses body fat.

We did an in-depth blog post on this topic of intermittent fasting. There is also a 37-page fasting guide which I highly recommend. It’s a free download.

Get The Fasting Guide:
5 Easy Ways To Stop
Weight Gain Without Missing Dessert

The Holiday Season Is When Weight Gain Happens

Yearly weight gain happens during the holidays and then we spend the remaining eleven months of the year trying to take the weight off.

The holiday season is problematic because it really is the six to eight week span, from Halloween to New Year’s Day,  when the majority of our yearly weight gain occurs.

We think we gain it slowly through the whole year. But research shows that we tend to gain weight pretty aggressively during the holiday span. Come January, we might lose a bit of it and into February and March if we’re making a concerted effort, but we rarely lose all of it.

And that’s why it’s important to understand how to unlock the door to using the body fat fuel you’re accumulating.

Listen To The Forget To Eat™ Podcast of: End Eating Guilt With Bookending 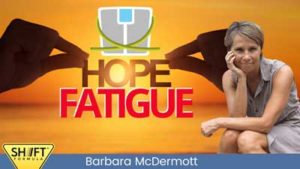 Let’s talk about weight loss failure and the concept of Hope Fatigue.  Are you tired of trying to lose weight? Maybe even exhausted? A Victim 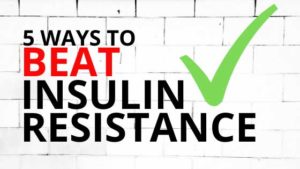 How To Reverse Insulin Resistance

Recently I hosted a workshop on ‘How to Reverse Insulin Resistance’ for our SHIFT Community. I always find it invigorating to be in company with others 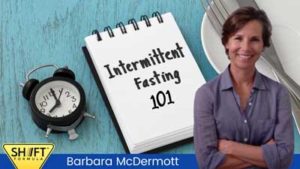 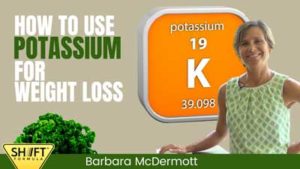 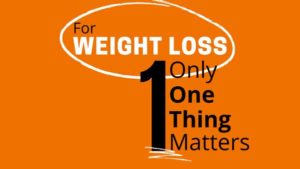 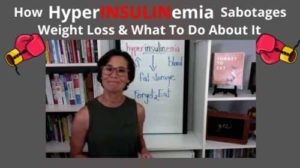 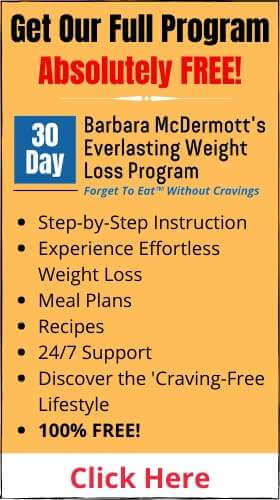 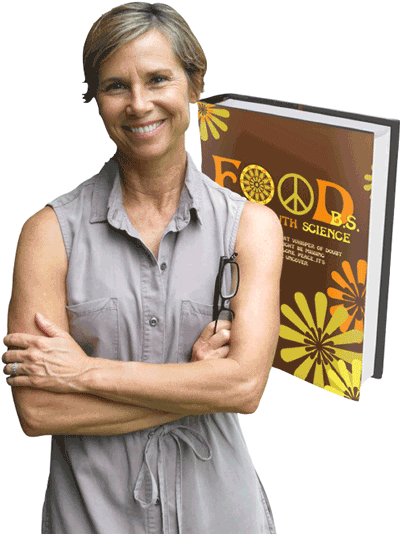 Regarded as America's #1 Insulin Suppression Coach, Barbara is the co-founder of SHIFT Health & Wellness Solution, and the best-selling author of the groundbreaking book, ‘FOOD B.S.’, With SHIFT, Barbara brings common sense to nutrition, weight loss and health gain. Her refreshing, no nonsense approach to uncovering the truth using non-negotiable rules of science demystifies food and how to defeat chronic disease once and for all. 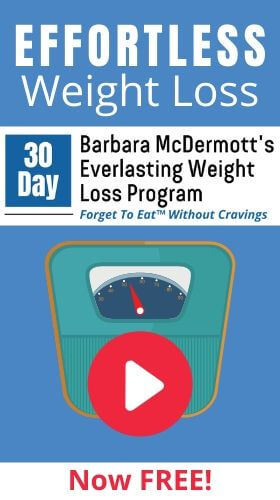 Let’s talk about weight loss failure and the concept of Hope Fatigue.  Are you tired of trying to lose weight? Maybe even exhausted? A Victim

How To Reverse Insulin Resistance

Recently I hosted a workshop on ‘How to Reverse Insulin Resistance’ for our SHIFT Community. I always find it invigorating to be in company with others